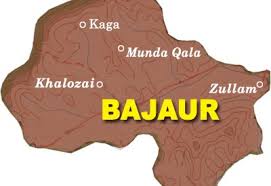 Senior Official of an NGO Found Dead in Bajaur Agency

KHAR, Dec 22, 2016: A senior official of a foreign funded anti-narcotics project was found dead in his room at an official rest house in Khar Tehsil of Bajaur Agency on Thursday, FRC learnt

According to local administration, levies personnel found Gul Akbar, dead inside his room at the rest house, situated at a political compound in civil colony in Khar tehsil of the agency. The officials further revealed that the deceased had a bullet wound on his face and had bled considerably from his mouth and nose. However, the cause of incident was yet to be ascertained.

A team of senior officials of local administration along with levies personnel reached the rest house, soon after the incident came to their knowledge. They transferred the body of the deceased official to agency headquarters hospital in Khar, for a postmortem after which it was sent to his native village.

The deceased official belonged to Katlang area of district Mardan and had been residing at the rest house for the past year and a half, owing to his service.

Meanwhile, in order to prevent similar instances from taking place in future, the local administration has enhanced security arrangements in civil colony, Khar which was previously considered secure being home to senior officials of local administration, line departments and a number of other government employees.