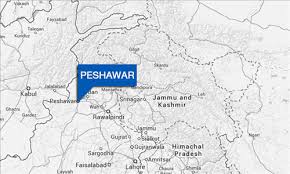 16 killed in an IED Attack in Peshawar

Peshawar, March 16, 2016: A bomb tore through a passenger bus carrying government officials from Dargai to Peshawar, leaving as much as 16 people dead and 53 injured, here on Wednesday, during early hours of the day, FRC learnt.

The incident took place around 8:30 AM, near Sunehri Masjid, Phase V, Hayatabad area of Peshawar District.

According to Kashif Zulfiqar, SP, Cantt Peshawar, thirteen people were killed in the sad incident. However, another official claims that the death toll is greater than thirteen as few dead bodies were directly transported to their homes, immediately after the blast.

“Ten dead bodies and as much as 44 injured individuals were brought to the Lady Reading Hospital Peshawar while three bodies and 11 wounded people were transported to Combined Military Hospital”, said Kashif Zulfiqar.

Women and a child were also reported as being among the injured. Most of them were government officials, including teachers and lecturers from various villages.

Two militant groups i.e. Lashkar-e- Islama and Majlish-e-Askari have claimed responsibility for the attack. However, FRC sources confirmed that the attack was carried out by Lashkar-e-Islam.

Qari Saifullah, a senior commander of Hakeemullah Group, via telephone contacted Sailab Mehsud , FRC field researcher for South Waziristan, and said that the attack was carried out by the fighters of Lashkar-e-Islam.

“The attack was carried out by the fighters of Laskar-e-Islam in reaction to the approval of execution of 13 militants, earlier given by the Pakistan Army Chief”, said Qari Saifullah.

Laskar-e-Islam, a militant outfit led by Mangal Bagh, used to operate in Bara Subdivision of Khyber agency till June 2014, is now believed to have shifted to Nagarhar province of Afghanistan to avoid the consequence of military operation Khyber 1&2 in Khyber Agency. Laskar-e-Islam in the recent past has also claimed responsibility for terrorist attack in the Peshawar city.

While, the militant faction, Majlish-e-Askari, led by Akhtar Muhammad Dawar, used to operate in North Waziristan Agency but has now shifted to Paktiya province of Afghanistan after the initiation of Military operation Zarb-e-Azb, in North Waziristan in June 2014.