BREAKING NEWS
GMT+5 07:06
Home Breaking 19 militants including a British National Killed in a US Drone Strike in Afghanistan 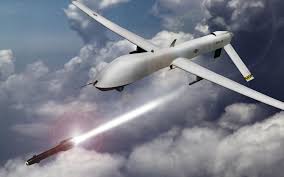 SWA, February 3, 2016: 19 militants including a British national were killed in a US drone strike in Gomal Olas Wali area of Baghicha at 11:00 AM here on Monday, 1st February 2016,  said Qari Saifullah, a senior commander of Hakeemullah Group.

“Two of the killed militants of Hakeemullah Group were Punjabi and one of them was a British National”, said Qari Saifullah.

Qari Saifullah also rejected the rumors regarding the killing of Khan Sayed alias Sanjna in the US drone Strike on 1st February 2016 in which 19 militants were killed.

“The news of Khan Sayed death in a US drone strike are baseless as he [Khan Sayed alis Sanjna] was not even present in the area which was targeted by the American the done ”, said Qari Saifullah