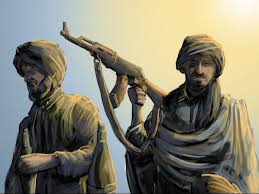 Gomal, Afghanistan: In an ongoing clash between two rival groups of the Haqqani network, a mid-level commander  Abid Hunar along 24 other militant have been reported killed in the Gomal area of Afghanistan, the FRC learnt.

According to Sailab Mehsud, FRC field researcher for South Waziristan, the infighting between the two sub-factions of Haqqani Network started on 8th February 2016, when Abid Hunar, a mid-level commander of the  Haqqani network refused to accept Mullah Akhtar Mansur as the legitimate head of Afghan Taliban.

“The skirmish between the two groups is still going and so far 24 militants including Abid Hunnar have been killed”, said Sailab Mehsud.

The infighting reflects differences over the issue of Taliban leadership which came to the fore after the announcement of the death of Mullah Omar in July 2015.