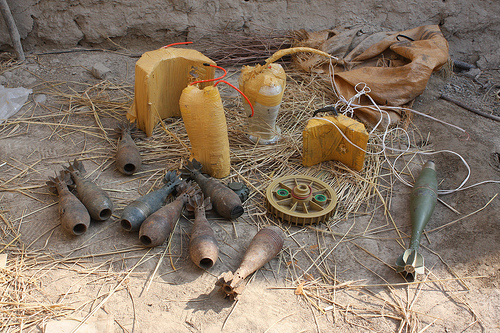 Bannu, May 25, 2015: At least four personnel of Pakistan Army embraced martyrdom when their vehicle was hit by roadside implanted explosive materials here on Saturday in Dattakhel tehsil of restive North Waziristan Agency. In the incident two other soldiers were left injured, FRC learnt.

According to the military spokesman the Army contingent was on routine patrolling when it met the sad incident.

All the injured were shifted to a military run hospital in District Bannu whereas the area was cordoned off by security forces and launched search operation.

The deceased have been identified as Havaldar Gul Khan, Naik Asif, Naik Ghaffar and Sepoy Asif Khan and those who received injuries included Sepoy Nimat and Amir.

According to the forces officials the blast damaged the vehicle badly.

Though till the filing of this report no Taliban group have taken the responsibility of the attack.

This was second attack on security forces contingent during twenty four hours in restive North Waziristan Agency where a military operation is underway.

The military had launched a massive offensive in North Waziristan on June 15, 2014 against the militants and recently claimed to have cleared most parts of the tribal region of the militants, however, they are facing serious security challenges in Dattakhel and Shawal mountainous areas bordering the neighboring Afghanistan.