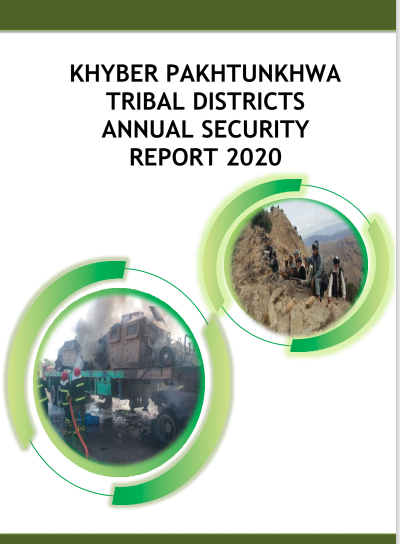 ISLAMABAD January 07, 2021: After witnessing a nose dive in militancy incidents during the past few years, a remarkable surge in militancy and resultant casualties was observed in four out of the seven newly merged districts of KPTDs, says FATA Research Centre Annual Security Report for the year 2020.

A further breakdown of terrorism incidents shows that of the total 137 militancy incidents in 2020, 86 militancy attacks (51 percent) targeted the ordinary civilians while 54 attacks (32 percent) were directed against security forces in the area. One militancy attack on trucks carrying goods for NATO forces in Afghanistan was also reported from Khyber district.

The violent incidents of both terrorist and counter-terrorist, resulted in a total of 390 casualties – 226 killed and 164 injured – in all the KP Tribal districts, marking a significant increase of 37 percent in overall casualties.