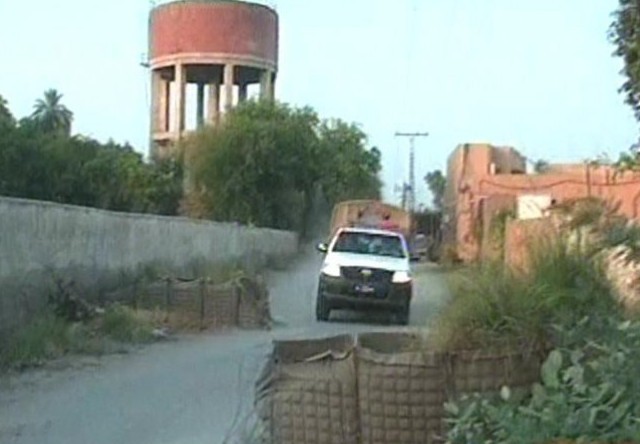 The attack came around 11:10 pm that lasted for more than two hours. The attackers were disguised in police uniform.

The militants were armed with heavy weapons like machine guns, hand grenades, Kalashnikov and explosive materials. They attacked the western wall of the prison by striking vehicle into it thereby damaging the boundary wall making a way for further penetration into the jail. The vehicle was manned by two suicide bombers and both lost their lives in the operation.

Two to three bomb blasts were also heard once the wall broke in the first step. Armed Taliban fighters rushed into the prison through the broken wall and started their operations inside.

According to the police officials roughly 50 to 60 bomb blasts occurred inside the prison.

DIG Prisons Khalid Abbas while talking to FRC confirmed that nearly 250 prisoners flee from the jail during this raid.

“Those escaped were mostly Taliban belonging to different militant organizations operating in the country”, said the DIG.

The official also confirmed that among them 25 were high profile militants. “Those run away included 25 top militant commanders”, revealed the DIG Prisons.

While talking on phone to our reporter form an undisclosed location TTP spokesman Shahid Ullah Shahid took the responsibility of the incident and vowed to carry out such more attacks in future.

“With the blessing of Almighty our fighters succeeded in freeing our colleagues from the central Jail of D.I.Khan”, said the spokesman.

“We will carry out such more attacks in future all over the country to set free our companions”, added further by Mr. Shahid.

During this jail break killings of 14 people have so far been identified which includes 6 policemen, 6 prisoners and two civilians.

After the attack heavy contingents of army rushed to the site and cordoned off the area. The security forces launched an investigation into the matter and journalists were debarred from entry to the prison.

It was not the first attack of its nature by TTP rather on 14th April 2012 a similar kind of attack came on Bannu central Jail. Some high profile militants, like Adnan Rasheed, were freed in that operation. Adnan Rasheed was the main accused of suicide attacks on former President of Pakistan Pervaiz Musharraf in Janda Cheehy Rawalpindi and was on death row in Bannu Jail.