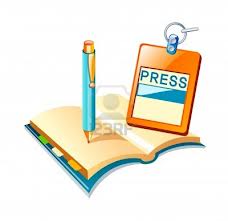 Parrachinar, July 30: The Political Administration of Kurram Agency has launched an investigation into the Friday’s suicide attacks in Parrachinar while the compensation cheques among the blasts victims would be distributed soon, FRC learnt.

This was stated in a press note issued by the Political Agent office in Kurram Agency here on Monday in Parrachinar.

According to the note issued, Political Agent Kurram Agency Riyaz Mehsud has taken serious notice of the Friday’s suicide bombings that stormed Parrachinar, “The administration has launched an investigation into the matter and the report would be made public soon as it was a great tragedy”.

Political agent of the agency has appreciated the efforts rendered by the security forces during the rescue operations immediately after the attacks.

“The timely rescue operations of Pakistan Army and FC saved a number of precious lives by shifting the wounded into different military run hospitals of the region”, Mr. Riyad has said in the press note.

The injured were shifted to Tall, Kohat and Peshawar Combined Military Hospitals. The security forces had also arranged helicopters for lifting the injured but the plan was postponed due to prevailing bad weather.

“We are also thankful to the Governor KPK who ordered the treatment of all blasts victims at the government expenses”, the press note reads.

The administration, in collaboration with the local tribesmen, will brings in more steps to strengthen the security of the main road of Parrachinar. “Only 47 security check posts have been established from Sadda to Chappry area in light of security arrangements of the agency”, said in the note.

While clarifying the stance of the political administration regarding the victims of the Friday bombing in the city it says, “The administration would distribute compensation cheques among the Friday’s blast victims in a day or so”.