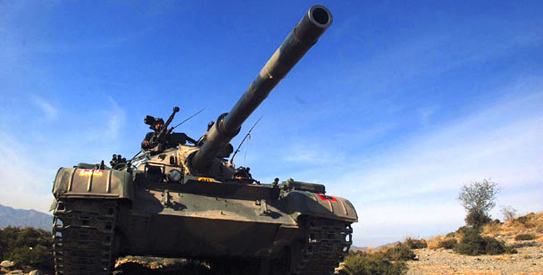 Parrachinar, June 03: Fierce clashes between security forces and the militants continued in Central Kurram Agency as in the wee hours of Saturday militants stormed military check post in Bara Chamkani area in which two security personnel lost their lives while five received serious wounds. The forces repulsed the attack and killed 35 militants and left many injured, FRC learnt.

According to details militants attacked the military picket around 5 am using heavy machinery and firing rockets. In the attack two security personnel were killed and five were left injured. The injured were rushed to the combined Military Hospital Tall for medical treatment.

The forces, however, successfully thwarted the militant attack and killed 23 miscreants in retaliation besides injuring many. The Air Force later on reinforced the ground battling forces and targeted the miscreant’s hideout in the rugged mountains of the area using Gunship Helicopters. As a result three hideouts and two vehicles of the attackers were destroyed completely in which at least 12 militants were killed.

In the on-going military operation that was launched on May 8th, 2013 against militants in Central part of Kurram Agency, until now more than 200 Taliban fighters have been killed, while more than 75 have been killed alone in the past three days. The security forces have also received human losses as 9 security personnel have died and more than 25 are undergoing medical treatment at military run hospitals in Tall, Kohat, and Peshawar.

This in-fighting has compelled huge displacement from the area also, and more than three thousand families have so far migrated to Kohat, Hangu, Lower Kurram, Peshawar and other settled parts of Khyber Pakhtunkhwa.