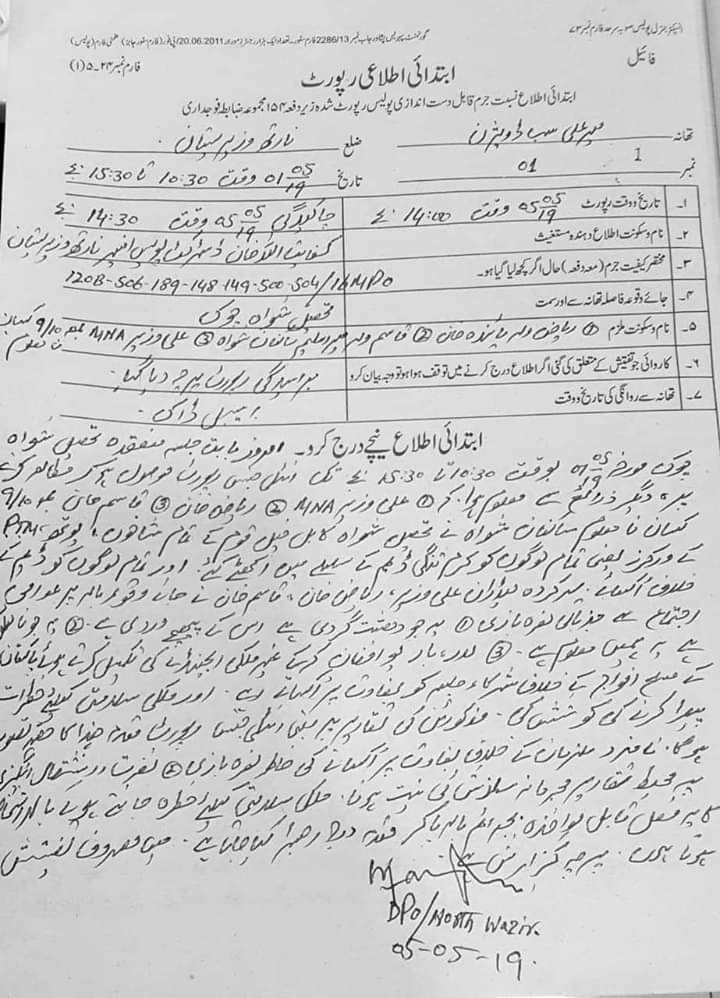 MIRAMSHAH: An FIR has been registered against MNA Mr. Ali Wazir and 12 others at a Mirali Police Station in North Waziristan tribal district of Khyber Pakhtunkhwa here on Sunday for allegedly inciting the locals and chanting provocative slogans against the state and the country’s armed forces.

According to the FIR the residents of Shewa tehsil hailing from Kabalkhel tribe and activists of the PTM (Pashtun Tahfuz Movement) had gathered there to record their protest against the construction of Kurram Tangi dam project.  During the protest Mr. Ali Wazir and other prominent leaders of PTM allegedly chanted slogans against the state and armed forces of the country.

“Speakers were inciting people against the army and attempted to undermine the country’s security,” says the FIR.