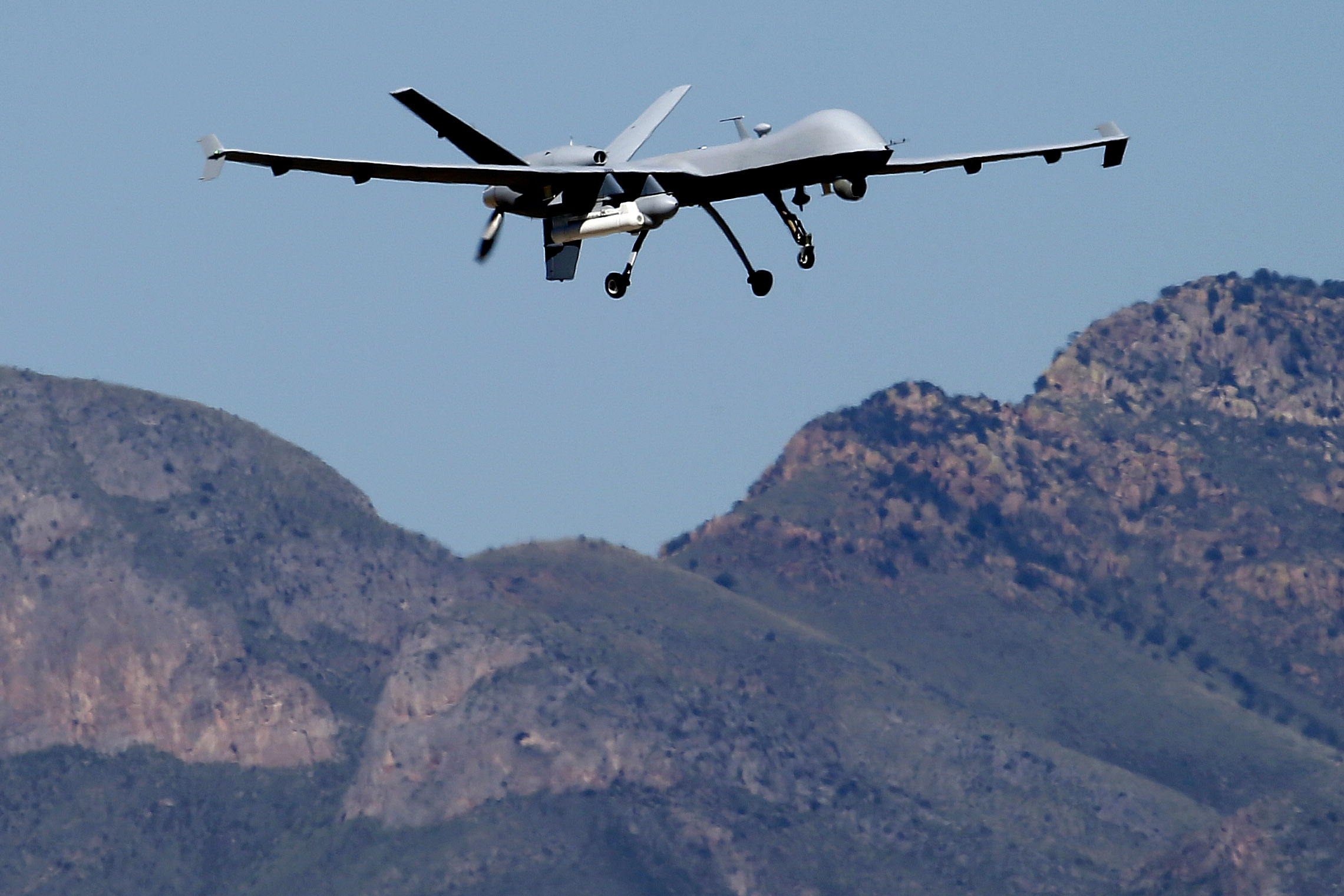 Bannu, Dec 31, 2014: The twin agencies of Waziristan, North and South Waziristan, witnessed a total of 21 strikes that were carried out by US unmanned aerial vehicles (UAV) in Pakistan during the outgoing year 2014.

Ironically the drones targeted merely two out of seven agencies of tribal belt this year.

According to FRC statistics the drones, in 2014, fired at least 44 missiles killing 112 militants, including local and foreigners, thereby destroying 14 hideouts and nine vehicles being boarded by militants.

An important commander of Al-Qaida in Pakistan and Afghanistan, Umar Farooq, was targeted through drone on 8th December 2014 in Khar Tangi area of Data Khel tehsil in NWA.

The first attack of year 2014 happened in Tabbi area located in the north of Miranshah. The target of the UAV was a mini truck carrying four people (militants). Before 11th June 2014 attack the UAV had last attacked the Kutab Khel area of North Waziristan Agency on 26th December 2013 killing two arab militants.

The last attack of 2014 happened in Lowara Mandi area of Datakhel Tehsil of North Waziristan Agency on 26th December 2014 that killed six militants.

FRC database reveals that since 2004 till 30th December 2014, a total of 391 drone attacks held in Pakistan’s tribal belt that reportedly have killed more than 2500 people.

The UAV started hitting their targets in Pakistan since 2004 that included the top leaderships of Al-Qaida, Haqqanni network, Hafiz Gul Bahadur, foreigner militants (Uzbek, Tajik and chachen), Punjabi Taliban and the Tehreek-e-Taliban Pakistan after 2007.

The 1st drone attack was carried out in South Waziristan Agency on June 18, 2004 wherein a local Taliban Commander Nek Mohammad was killed. This was the sole attack of year 2004.

During 2005, 2006 two while in 2007 four drone assaults were reported respectively in FATA. The number of UAV attacks soared since 2008 as 36 attacks were carried out during 2008 while 54 in 2009. Year 2010 was the worst year in respect of drone strikes wherein 120 attacks were recorded and more than one hundred occurrences were directed in NWA. In 2011, 75 attacks, 49 in 2012 while 25 in 2013 wherein 03 were held in South Waziristan Agency, 01 in district Hangu of Khyber Pakhtoonkhwa and the rest in North Waziristan Agency. During 2013, 67 missiles were fired on militant hideouts killing at least 116 militants.

Since the start of US operated drones strikes in Pakistan the government of Pakistan has officially termed it against the state sovereignty but the US government consider it an important weapon in eliminating terrorists.