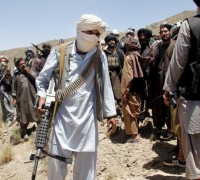 Faryab: At least 140 Taliban insurgents, including some shadow district chiefs, have been killed during air and ground operations in three districts of northern Faryab province. The operations were carried out in Lowlash area, the centre of Kohistan district, in Sherin Tagab district and Chehilgazai area of Qaisar district. Pajhwok , Pajhwok

Kabul: The Hezb-e-Islami led by Gulbuddin Hekmatyar in statement has rejected that the party has reached to an agreement or negotiations are underway for political role in the government of national unity.  Khaama

The Pakistani chief of army staff General Qamar Javed Bajwa during a meeting with General John W. Nicholson, Commander Resolute Support Mission (RSM) and US Forces in Afghanistan has expressed concerns regarding the remarks of the Afghan and US officials regarding the terrorist sanctuaries in Pakistan, mainly the notorious Haqqani terrorist network.  Khaama , Pajhwok