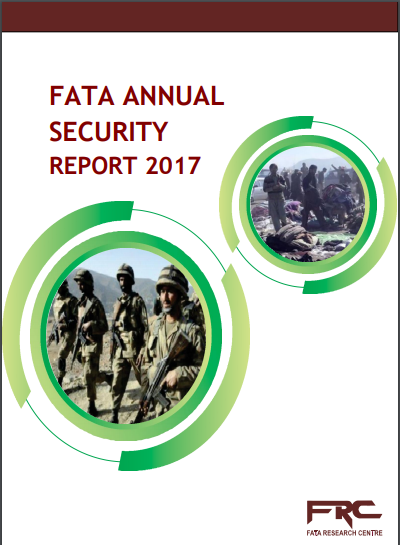 The security situation in FATA remained volatile from January to December of the year 2017. Although targeted and intelligence based operations (IBOs) continued  all over FATA, terrorist belonging to the Tehreek-e-Taliban Pakistan (TTP), Tehreek-e-Taliban Pakistan-Jamat-ul-Ahrar (TTP-JuA), Wazir Taliban, Islamic State of Khorasan (IS-K), Laskhar-e-Jhangvi (LeJ) stepped up their activities in FATA during the reporting year. However, the ratio of counter terrorism (CT) operations remained higher in comparison to the terrorist attacks during the year 2017.

The violent incidents both terrorist and counter-terrorist, resulted in a total of 1207 casualties – 539 killed and 668 injured – across FATA, marking an increase of 37 percent in overall casualties. The following graphs provide an overview of these casualties.