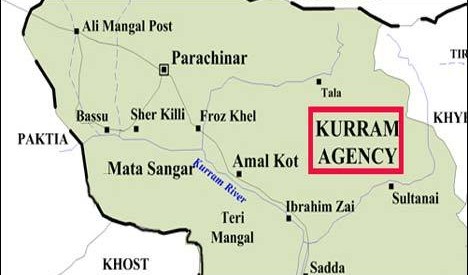 April 25, 2017: At least 14 people, including four security personnel of Khasadar force, were killed while nine others wounded when an Improvised Explosive Device (IED) exploded in Patokot near Godar area of Kurram Agency. About five women and four minors were also among the deceased. The incident occurred when a passenger vehicle en-route to Sadda from Godar struck an IED implanted by unidentified terrorists along the road. The explosive device was triggered when the vehicle passed by. Tehrik-e-Taliban Pakistan-Jamaat-ul-Ahrar (TTP-JuA) claimed responsibility of the attack.

The injured, including two Khasadar officials, were at first shifted to Tehsil Hospital Sadda and Agency Headquarters Hospital Parachinar; however, they were later transferred to Peshawar in a helicopter. According to political administration of the agency, the Khasadar officials were working with the census teams and were going to perform their duties in Sadda.

The funeral rites of the deceased were performed in the central Imambargah of Parachinar after which, the bodies were sent to their respective areas for burial. Talking to media, the people of Godar said that despite all their appeals, the government had not taken any steps for building a proper road. They further expressed that owing to the lack of a proper metal road this incident occurred.

While claiming responsibility of the attacks, the spokesperson for Tehrik-e-Taliban Pakistan-Jamaat-ul-Ahrar (TTP-JuA) said that the attack was carried out against the Shia community and Khasadar personnel assigned security of the census teams.

This is the third major terror attack in Kurram Agency this year. Earlier, on January 21, an IED explosion ripped through a vegetable market in Parachinar leaving 22 people dead and 35 others wounded. Likewise, 23 people were killed while 100 others wounded in a suicide blast near a mosque in Parachinar. All of these attacks were claimed by TTP-JuA.