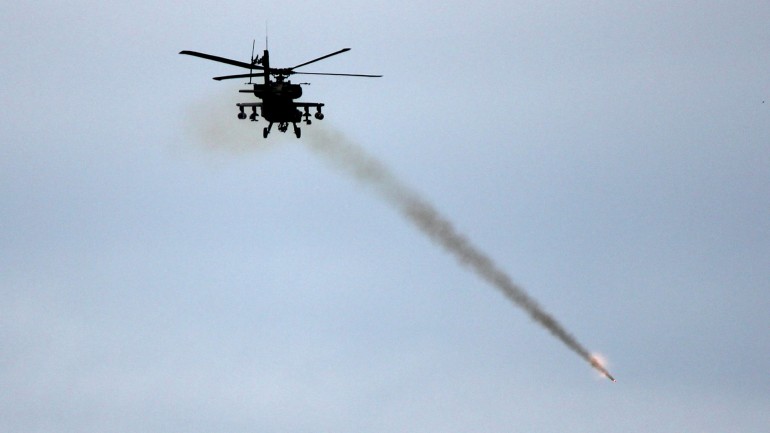 Indiscriminate shelling by security forces started after suicide attack on Kajori Forte on Tuesday wherein 4 security forces personnel were killed and 35 others were injured.

“Security forces resorted to artillery and gunship helicopters shelling over the besieged civilians in curfew since Wednesday morning that is still going on with intervals”, said Malik Gul Saleh Jan, a local of the area, to FRC on telephone.

The local further added that due to the imposed curfew people were trapped in different areas and later on they became prey to the forces anger.

“Due to the clamped curfew transporters were hidings at a local hotel in Mirali and the gunship combat helicopters targeted it thereby killing 25 people, including employees of the hotel and the local transporters”, added Malik Gul Saleh Jan.

“On Thursday three sons and their mother died when an artillery shell fell upon the house of a local in tehsil Mirali”, added further by Malik Gul Saleh.

Another local Zahid Khan, while expressing his grief over the unjust attitude of the security forces, appealed to the Prime Minister Mian Nawaz Sharif to pay immediate visit to the area to assess the gravity of deteriorating situation in the area and the crisis civilians are grabbed in.

“We can’t take our dead bodies to graveyard due to curfew and we think this could be the most awful situation for any human in his motherland”, said Mr. Khan.

On other hand ISPR claims that 33 militants have been so far killed in Mirali clashes and most of them were Uzbak militants.