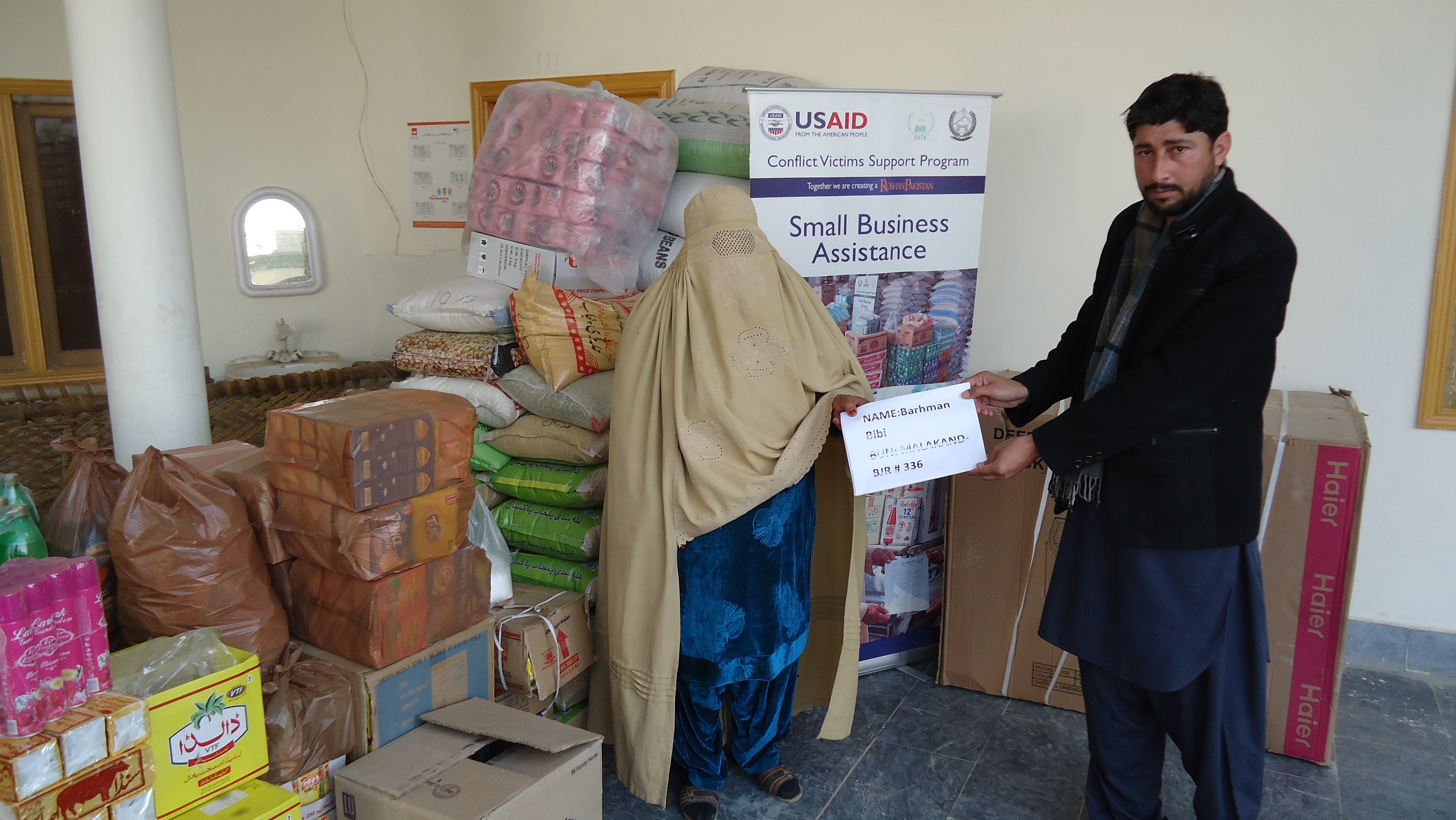 BAJAUR AGENCY, Dec 19: A scheme aimed with enhancing business activities in Bajaur Agency has been launched by Political Administration in collaboration with United States Agency for International Development (USAID) here on Thursday.

Tribal elders, members of peace committees, officials of local administration and USAID attended the ceremony. Score of traders from different parts of militancy affected agency received general store items during at the occasion.

Bajaur Agency Additional Political Agent Tariq Khan while speaking at the occasion highlighted the resolution of political administration in providing basic and modern facilities to trader community of the militancy hit areas.

“The administration is committed in promoting trade and business activities in the agency and is leaving no stone unturned in doing so”, said Mr. Khan.

Tariq Khan urged the USAID and other international donor agencies to gear up their efforts for the promotion of business activities in the agency.

On the occasion general store goods were distributed among the deserving tribesmen of the Agency.

Speaking on the occasion a USAID official Dr Tawseef Raza said that his organization is working in close collaboration with the political administration to restore business activities back to the militancy hit area.

“USAID is aware of the difficulties being faced by the business community in the area as their problems have ascended during militancy and war on terror”, Mr. Raza said.

The USAID official added further that they have launched several schemes for the rehabilitation and promotion of trade sector in the militancy hit areas of Fata which would not only help the tribesmen but would also improve the economic condition of the region.