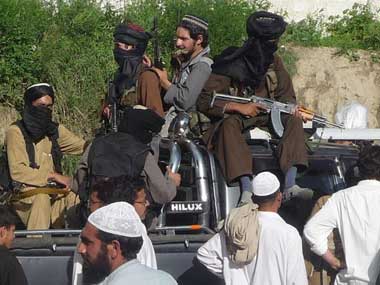 BAJAUR AGENCY, Aug 31: 18 militants including two commanders of TTP Malkand division and a volunteer of Salarzai peace committee were killed while skirmished continued for its 7th consecutive day in Salarzai tehsil of Bajaur agency on Thursday, FRC learnt.

Sources said that the fresh clash between security forces and militants have taken place early morning of Thursday in the Bagandel, Lakian and Batwar areas of Salarzai tribe.

Locals said that aircrafts were also used in the fighting for the first time since the fight was started in the area and several hideouts had been pounded by the gunship helicopters and the jetfighters.

Officials of the local administration and the security forces conformed the fresh fighting in the area and said that a large number of miscreants have been killed and several were injured in the fighting.

“At least 18 militants including two commanders of TTP Swat, Khatir and Turrabi have been killed in the operation in Batwar area of tehsil Salarzai on Thursday,” an official of the security forces told this reporter.

The official said that the security forces backed by the volunteers of Salarzai Qaumi Lashkar have pushed the militants back from their positions in the area.

Local said that a member of Salarzai Qaumi laskhar and a woman were killed while two personnel of the security forces were wounded in the fighting.

Meanwhile TTP militants have claimed the killing of several security officials in the clash.

“Our fighters have killed several personnel of the security forces and also captured three vehicles of the forces in own custody” Ehsanullah Ehsan a spokesman of TTP claimed on telephonic conversation with this reporter from unidentified location.

“A large number of people that had been trapped in their home due to fight are facing a lot of problems and government should take immediately step for their safe rescue,” a resident of the area demanded.