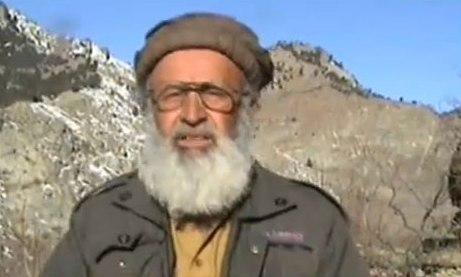 ISLAMABAD, Aug 31: Taliban has released a fresh video to the media of kidnapped Vince Chancellor of Islamia College University Peshawar Professor Ajmal khan from an undisclosed location on Thursday.

In the video of one minute and twenty-two seconds duration, VC Ajmal Khan has shown in white dress sitting on a stool gives his message with an appeal to the people of Pakistan to make efforts for his release.

He has seen requesting in the video to the Vice Chancellors of all the universities in Pakistan and especially the VCs remain colleagues with him, teachers and students communities to get together and pursue the incumbent government to the meet Taliban’s “small” demands.

He lamented for the ill-response from the official authorizes to make releases while he had been in Taliban’s custody for two years. The kidnapped VC said that he was happy that some efforts had taken for the cause but it required more for his release, he added.

Closing his appeal, Prof Ajmal Khan said, he would be grateful to VCs, teachers and students communities if their efforts made him free from Taliban custody.

Professors Ajmal Khan was kidnapped in September 7th 2010 when he was on the way back to home in Professor Colony University of University of Peshawar. He has been served as the Principal of Islamia College Peshawar from 2002 till 2005 before being raised to post of VC in Gomal University till 2007.

Professor Ajmal Khan was the VC of Islamia College University Peshawar since 2008 till his abduction. Higher Education Commission has extended his tenure this month for next four years.

The Transcription of the Video

Thank you very much!!