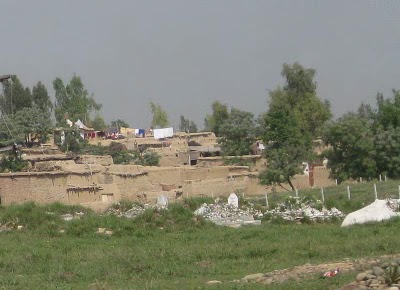 After the occurrence political administration banned all incentives to Miramshah tribe under FCR territorial responsibility and warned the tribe to bulldoze all suspected homes in Matchas village and also ordered the tribe to make the area free from suspected miscreants.

On September 19, Grand Waziristan Peace Jirga and elders of the Miramshah tribe held a joint action and bulldozed 52 suspected hide outs. The elders of Miramshah tribe also assured the safety of FWO workers to the government in their area.

A local elder Malik Hazrat Khan revealed to FRC that they had taken the action jointly to maintain peace in their area and would extend cooperation to the government in future for any step taken for establishing peace.

Another elder of the tribe Malik Noor Gul said to FRC that it was a joint action against suspected elements and such actions would prove fruitful for maintaining peace.

It is worth mentioning that the peace agreement of 2007 in NWA contains that if government wants action against any suspected elements in the area than the elders will cooperate and launch action itself under FCR territorial responsibility.

It is for the first time that any such action in Waziristan Agency against suspected elements has been taken during last decade.