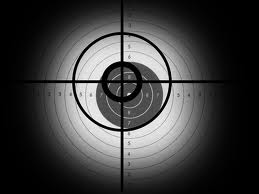 According to initial reports, Ahmad Ullah Ahmad was killed in the incident but afterwards his companions, while talking to FRC, denied his death reports and said that he is injured.

“Ahmad Ullah has received bullet injuries and is in critical conditions”, said a companion of Ahmad Ullah.

As per details, unknown armed persons opened fire on the vehicle Ahmad Ullah Ahmad along with his companions was travelling. Resultantly, one of his guard died on the spot while the rest, in retaliation, opened fire on the attackers and gunned down all the three.

Locals of the area on the condition of anonymity said that dead bodies of the three attackers were taken away by Gul Bahadar group militants.

However, till the filling of this file no militant group has taken the responsibility of the attack.

Abdur Rehman, 35, belonged to Pipali Qabal Khell tribe of North Waziristan Agency. He has served Hafiz Gul Bahadar militant group in the capacity of organization’s spokesman since 2009. However, he stepped down from the position two weeks ago and the organization appointed a new person.