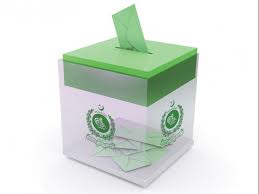 They vowed to continue its struggle till the fundamental rights and judicial system were not extended to the tribal areas.

They said that extension of the local government system in tribal areas was the long standing demand of tribesmen as they had been badly suffered from the current system but unfortunately the current government is not interested to announce schedule for the local bodies’ election in Fata.

“Local government system was not only important for providing basic and modern civic facilities to the tribesmen but also very vital for the elimination of corruption and mismanagement from tribal areas”, they said.

The leaders noted that absence of fundamental rights, lack of proper social justice and monitoring system are main hurdles in the progress and prosperity of tribesmen.

Leaders of All Bajaur political parties’ alliance urged the government to respect the wishes of the tribesmen and take immediate step for the complete replacing of Frontier Crimes Regulation (FCR) and extend judicial and constitutions rights to the tribesmen.

“We are requesting the prime minister and his government to make mercy on the tribesmen for making positive changes in the current tribal system and must extend basic rights to the tribal areas because tribesmen had badly suffered in the current system,” they said.