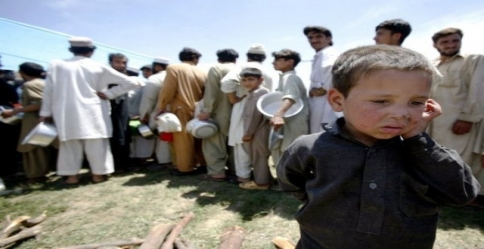 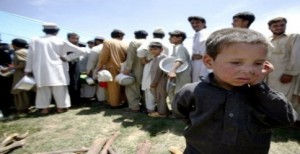 (SWA, May 2, 2012): 60% of the relief commodities (food and non-food) are being sold by the officials of USAID instead of being distributed among people of South Waziristan Agency, FRC Correspondent reported.

According to the details “only 40% of the food and other items are distributed by USAID to the residents of South Waziristan, who are displaced internally due to the on going clash between forces and Taliban”, said war affected people.  They told that the officials were selling these items openly in Wana bazaar (market) and Tank bazaar. FRC Correspondent visited the shops in Wana bazaar to get the authentic proof. There were shops which were selling and purchasing aided food and non-food items which have stamps of USAID on them and even of the other NGOs.

One of the IDPs Mr Naik Muhammad belong to Mahsud tribe told  FRC correspondent, “ people are in dire need of food and non-food items provided by NGOs but the official both working in these NGOs and in government official are selling these items for the sake of money. They do not care for the poor IDPs of South Waziristan.”

It is worth mentioning here, that especially after 9/11 many Non Governmental Organizations (NGOs) and Non Profit Organizations (NPOs) started providing relief to the poor and displaced people in the war affected area such as FATA and Khyber Pakhtunkhwa. All of the NGOs and UN agencies such as NUHCR, UNFCIEF, WHO, ICRC, USAID….etc are active in helping these people in FATA. At the begining they were quite honest but later on many news papers and local journalists pointed out the dishonesty and corruption in their work.

Naik Muhammad, a Mahsud tribesman demanded relief mechanism to be pure and honest.