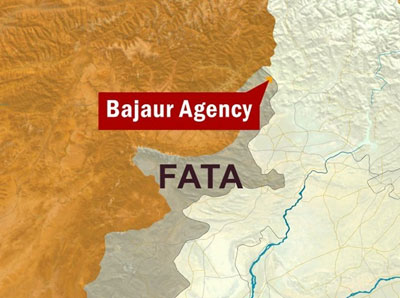 Militant threats: Security beefed up in public places in Bajaur

BAJAUR AGENCY , Aug 16: The administration have beefed up security of Khar and other trade centers due to the militant’s threats of terror attack at the public places while hundreds of  additional personnel of levies forces have been deployed  and  several new check posts have also been established in the different areas of the region.

The officials of the local administration has confirmed the threats received by militants for attacking public places, the shopping centers , bazaar and other public places  of tehsil Khar .

An official of the administration on the condition of anonymity told FRC correspondent on Thursday that the security of the entire region particularly of trade centers and public places in Khar, Inayat Killi and Sadiq Abad has been tightened and security personals were alert to counter any terrorism incident in the region.

“The steps have been taken as the administration has received credible information about terror attacks by the militants and it’s said the two suicide bombers with the age 15 to 17 have entered to the area,” the official revealed.

Officials and people of the areas said that hundreds of extra personnel of Bajaur levies forces have been deployed in the trade centers, Bazaars, fruit, vegetable  markets, shaping centers , Masjids, bus stands and other public  areas of Khar, Inayat village and Sadiq Abad localities.

Syed Abdul Jabar Shah Bajaur PA said that fool-proof security was planned in the region and security personnel watched upon on every vehicle entering into the area.

Mr Shah said that people of the area have given much sacrifices against ousting militancy form region therefore it always remained under the threats.

Residents and the shopkeepers of Khar, Inayat Kali and Sadiq Abad were of the view that the administration was likely to close-down the said three trade centers from the Friday due as security measures that would badly affect the shopkeepers and customers as Eid preparations have started in the area.

Officials of the administration however, denied the information and said that closing the bazaars was the party of the strategy planned for the security of the area but it reviewed and no trade centers would be closed but its security would be escalated.

On the other hand shopkeepers in these markets complained about the less number of customers despites the few days had left in Eid-ul-Fitar. Abdul Rahim Khan a local shopkeeper said that they were expected good sale in these days as every person do shopping for Eid celebration but he added that the threats had made the number of customers reduced that directly affect the traders.