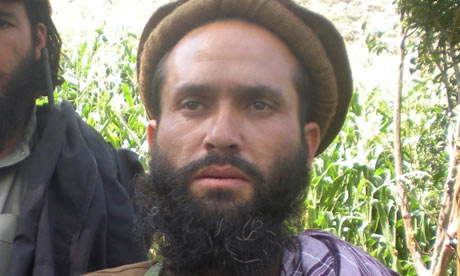 A spokesman for the TTP told FRC from the unidentified place that TTP Bajaur chief (Ameer) was killed in NATO air strike in Afghan province of Kunar on Friday.

“Molvi Dadaullah along with his several others companions came under the strike when they were returning to his place in Afghan Kunar province after attacks on the border area in Bajaur agency”, the spokesman said.

He added that Maulana Abu Bakr, a senior member of TTP, had been nominated new chief of the Bajaur region on the directives of TTP chief Hakimullah Mehsud. Afghan officials and TTP `commanders’ said the drone strike by NATO in a mountainous area of Shigal district killed 19 militants, including Dadullah and his deputy Abdur Rahman. At least eight Afghan-based Pakistani militants were injured in the attack and taken to a hospital in Asadabad, Afghanistan.

Mullah Dadullah, 44, whose real name was Jamal Said, belonged to the Mamond tribe in the village of Damadola. He was prayer leader of the village mosque and also ran a shop in Inayat Killi area before he joined the TTP.

According to sources, Dadullah had close association with some senior members of Al Qaeda from 2003 to 2007.

When he was appointed head of TTP’s Amar Bil Maroof Department he imposed a ban on CD and cassette shops and declared that shaving beard was un-Islamic.

He was later made director general of Darul Kafala (orphanage centre) run by the TTP in Inayat Killi. Dadullah had replaced Maulana Faqir Mohammad as TTP’s Bajaur chief in 2010. He along with hundreds of other militants had moved to Kunar after security forces launched an operation in Bajaur last year.

In 2010 he was nominated as chief of TTP Bajaur chapter instead of Moulana Faqir Mohammad.

He along with hundreds others companions were shifted to the eastern Afghan province of Kunar after the 2011 successful operation by the security forces in the region and he was living with his all family members for the last one year .