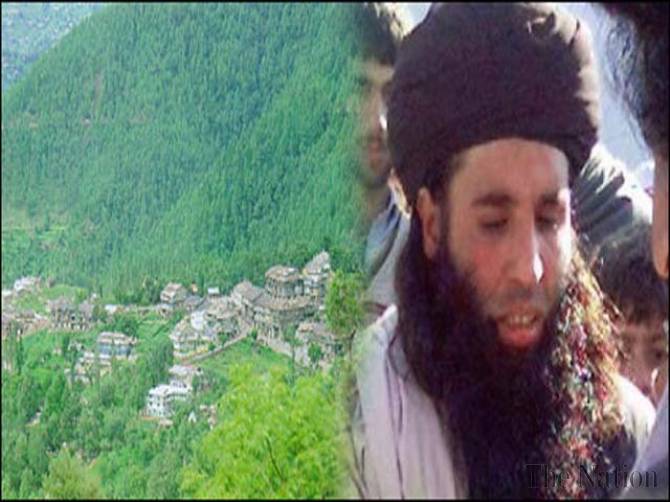 Miranshah, Nov 08: The Central Shoora of Tehreek-e-Taliban Pakistan here on Thursday, in Miranshah, finally appointed the successor of Hakeem Ullah Mehsood. Mullah FazlUllah alias Mullah FM has been elected as a new chief of the banned organization after hectic efforts of several rounds of meetings.

Mullah Fazlullah belongs to Swat while Sheikh Khalid is from Swabi district of KPK.

Asmat Ullah Shaheen Bhittani, the interim head of TTP, while talking to FRC from an undisclosed location confirmed the new appointments of TTP.

“The decision to install Fazalullah as Head and Khalid Sheikh as Deputy Head of TTP was taken unanimously at the meeting of Central Shoora of the organization”, said Asmat Ullah Bhittani.

The interim head further elaborated that selection of new leadership was made after several rounds of meetings among the organizations senior commanders wherein the probable names were discussed in detail.

Asmat Ullah condemned the government of Pakistan over drone issue and held them responsible for the death of Hakim Ullah Mehsud.

“At one hand they are talking of peace talks while at other they are continuously targeting TTP leadership through drones”, said the interim head.

He further warned the government for severe consequences of such attitude. “The slave government of Pakistan can’t befool us with such tactics rather it further infuriates the TTP”, said Asmat Ullah Shaheen.

According to political analysts with the emergence of new TTP leadership it has been speculated that insurgency in the settled areas of KPK would increase.

“The new leadership of TTP belongs to the areas other than tribal belt and their supporters reside in settled areas of KPK”, said Mansur Khan Mehsood Director Research at FRC.

The newly appointed commander of TTP, Fazlullah, has been considered more rigid and brutal than the former TTP chief Hakim Ullah Mehsood. Mullah Fazlullah led the Taliban movement for two years in Pakistan North West valley of Swat during 2007 and 2009.

Mullah Fazlullah was born in Swat in 1974 and belongs to Yousafzai tribe of Babo Karkhel. He got his early schoolings from Jehanzeb College Swat and also has studied in Madrassa during his childhood where he got religious education up to three levels (3 Darajay).

Before the onset of Taliban insurgency in Swat he was running a radio channel in the area in 2005 and 2006 where he used to deliver speeches highlighting the ills of vaccinations, female education and democracy.

The government of Pakistan had also announced head bounty of rupees 50 million during Taliban insurgency in Swat. After military operation in swat during 2009 Mullah Fazlullah and his companions took refuge in Afghanistan Konar and Noristan areas.