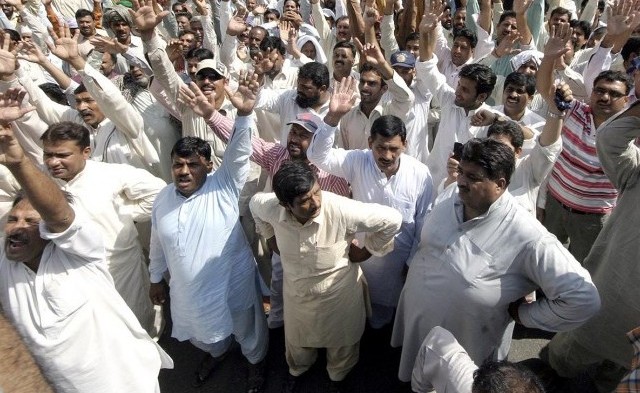 Parrachinaar, September 28: Employees of Tesco Sub Division Parrachinar showed their discontentment on not receiving their bonus salaries despite the announcement made by Federal Minister for Water and Power here on Friday, FRC learnt.

According to the details employees of Tesco Subdivision Parrachinar announced a call for strike and demonstration to be observed on September 30 against responsible authorities that remained fail to transfer due salaries.

The employees decided to stage a peaceful demonstration and observe strike in a hasty-called meeting at Parrachinar attended by large number of employees.

While addressing the meeting, Parrachinar Sub division Tesco chairman, Syed Zahir Husain Shah and the General Secretary  Hamid Hussain  said that  FATA employees of the organization has not received their bonus salaries even after the  elapse of two months of announcement made by the Federal Minister for Water and Power.

The employees appealed to the Prime Minister Raja Pervaiz Ashraf to intervene and issue an immediate direction to concerned ministry for the payment of their salaries considering it as a matter of the employees’ right.