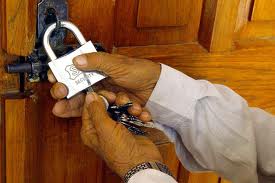 Schools to Reopen In Safi Tehsil Of Mohmand Agency

GHALANAI, Nov 11: A meeting was held among political administration, education department and the security forces officials here on Saturday in Ghalanai, the headquarters of Mohmand Agency, wherein a decision to reopen all educational institutions in Teshil Safi of Mohmand Agency was taken, FRC learnt.

According to details the high officials of the three departments discussed the status of agencys’ educational institutions and unanimously decided to reopen all closed schools and colleges in Tehsil Safi of the agency.

Agency education officer Said Mohammad while talking to FRC told that in meeting decision was also taken regarding the status of educational staff that was deployed somewhere else during the heydays of militancy in the agency.

“The authorities cancelled the transfer orders of those teachers that, in past, had refused to attend schools and colleges in militancy hit areas and are reinstated to their previous positions”, said Said Mohammad.

“All the teachers/lecturers are directed to report to their respective educational institution before November 15, 2013 otherwise strict action would be taken against them”, added Further by Mr. Mohammad.

In the meeting the security forces vowed to provide necessary tents to those schools that are yet to be reconstructed. “Pakistan Army would provide 90 tents to the schools who were destroyed during militancy”, said a security official.

“It was decided in the meeting that security forces will vacate educational institutions including Degree College Lakaro very soon for the public interest”, said Mr. Mohammad.

He said that overall in Mohmand Agency, 120 schools had been destroyed out of which 14 have been reconstructed till today, while the cases of 28 schools had been sent to the Fata education department.

“A total of 540 government educational institutions are in Mohmand Agency that needs 140 teachers of different categories”, added further by educational official.