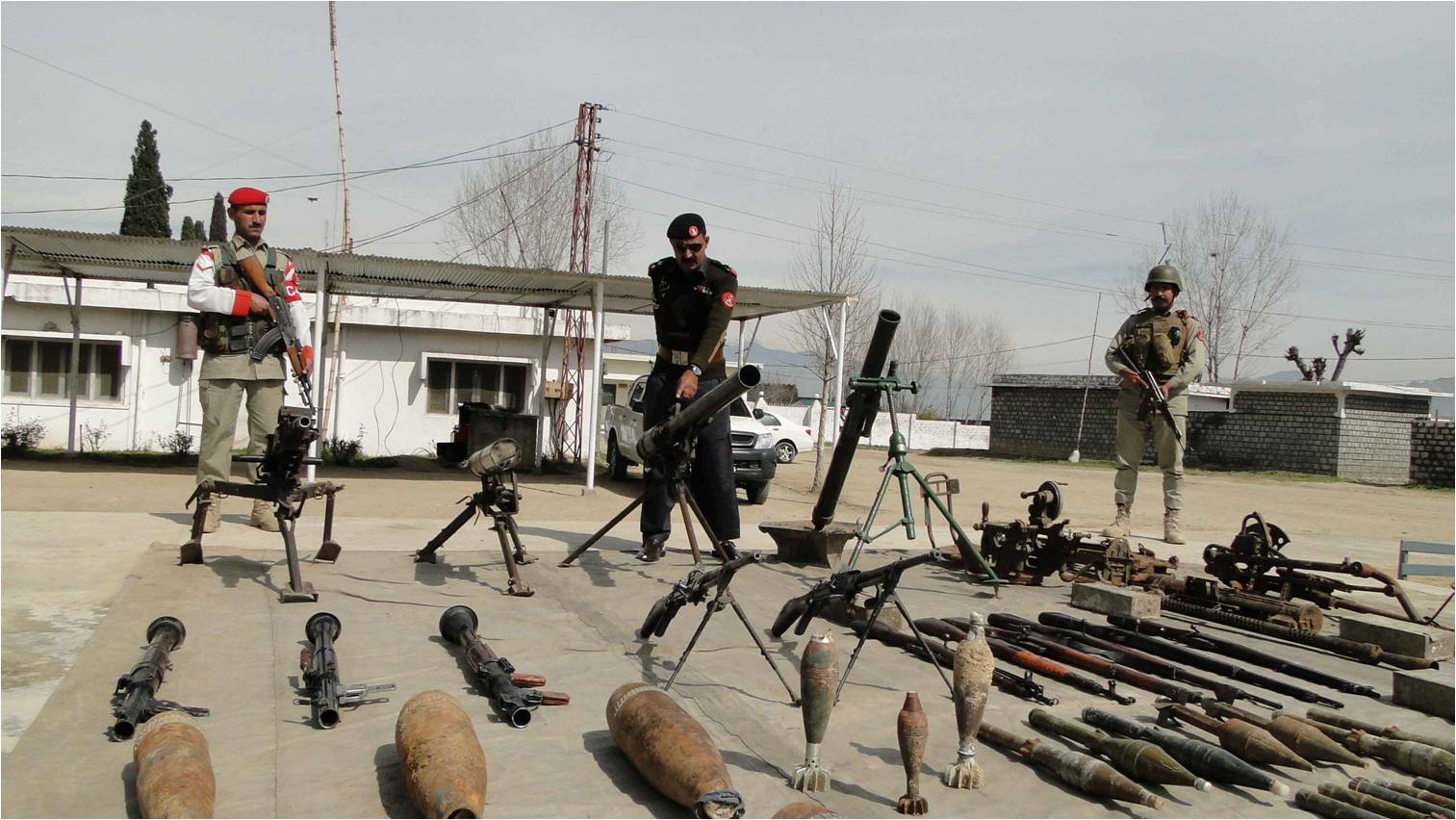 According to details, in response to the information provided by the village defence committees, security forces launched search operations in different villages of the agency near Pak-Afghan border.

“A large number of different kinds of weapons including bombs, rockets, hand grenades and explosive devices that could have been used in terrorist activities were recovered in the operation”, Lt Colonel Ayub Khan said.

While speaking to media persons at Khar Lt Colonel Ayub Khan endorsed the incident and said that it could have caused huge destruction if we have delayed in defusing it.

“Although we are still in investigation process but the initial reports say that the weapons and arms that have been seized in the operation was hidden by Taliban militants”, he claimed.

He appreciated the contribution of tribal elders and members of village defence committees in the drive against the elimination of militancy from the region.