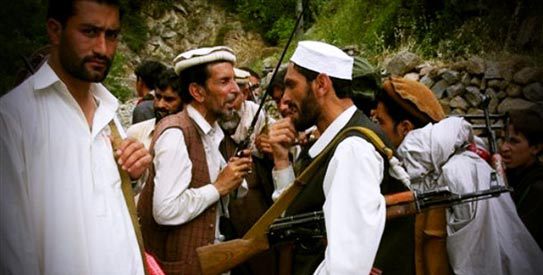 According to details, the peace committee member Sultan Jan son of Pasta Mir Bhitani was kidnapped by the TTP on February 25. He belonged to Naimat Khel clan of Bhitani tribe of FR Jundola.

The TTP Jandola chapter has claimed the responsibility of his killing.

The head of TTP FR-Jandola Asmatullah Shaheen, while talking to the reporter on phone from an unidentified location, said that their intentions were to keep him alive but was killed in retaliation to the incident in which two TTP men were killed by Jundola Peace Committee on March 02.

“It was the unanimous decision of our Jandolla Chapter Shoora to kill Sultan Jan after Aman Committee killed two of our fighters”, said the TTP Commander.

Jandola Peace Committee killed the TTP men in retaliation to the kidnapping of Sultan Jan on 2nd March.  The killed TTP men were Nasrullah and Khalpanai.

Asmatullah Shaheen claimed that the TTP has sent the dead body of Sultan Jan to his home town Manzai.

The TTP and FR Jundola Aman Committee are at daggers drawn with each other since 2008. This rivalry has claimed hundreds of lives from both the sides.