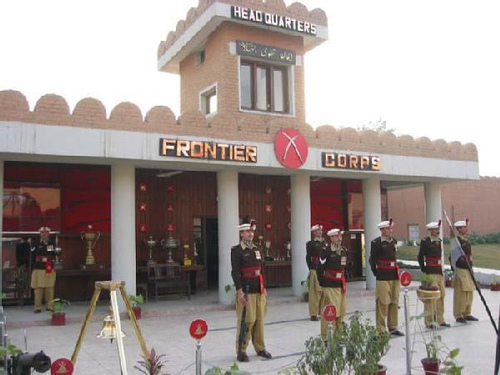 According to an intelligence official, pleaded of anonymity, around 8 am in the morning a double cabin pickup loaded with explosive material struck with the entrance wall of forte, as a result three security forces personnel were killed and seven wounded.

The official also said that blast was so powerful that it damaged the entrance wall of the forte partially besides hurting the nearby buildings of government school and a hospital.

Security forces immediately responded to the attackers by resorting to firing. Also the security forces cordoned off the area and clamped curfew in the area.

Meanwhile, the spokesman for Mujahedeen-e-Ansar, Abu Baseer, claimed the responsibility of the attack while talking to FRC on phone.

“Our men carried out the attack and our target was security forces inside the forte”, claimed Abu Baseer.

He further added that they will carry out such attacks in the future also.

“We will take avenge of Hakeem Ullah Mehsud, former head of TTP killed in a drone attack, at every cost by targeting the security forces inside and outside FATA”, Abu Baseer added.