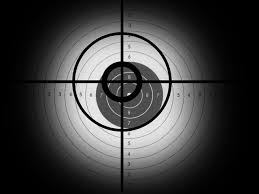 According to local sources, Malak Mohammad Aziz Khan along with Jan Mohammad, a cousin of senior tribal elder of Mamond tribe was on the way to home when unidentified person open fire at them in Badan area of Mamond tehsil.

“Both were critically injured and died before being taken to hospital” said Local Elder.

Local inhabitants and members of peace committees reached the scene soon after the attack and searched for the assailants. However, the attackers managed to escape.

Local people said the deceased had no enmity with anyone in the region and the motive behind the attack was yet to be ascertained.

Officials of the local administration also visited the area and directed the levies force to speed up efforts to arrest the attackers.

Till the filing of the report none of the militant groups claimed responsibility for the attack.

Meanwhile, local people and officials said that several tribesmen belonging to various surrounding localities had been arrested in connection with the murder under the collective responsibility clause of the Frontier Crimes Regulations.