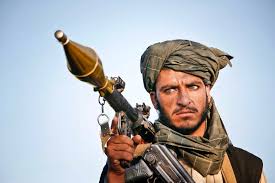 According to ISPR sources, seven soldiers were wounded when an IED detonated in kaundsarai area of Tiarazai tehsil of South Waziristan Agency.

The injured were shifted to Agency headquarter Hospital Wanna for medical treatment.

Azam Tariq, the spokesman of Khan Sayeed Group, a faction of Mehsud Taliban,  in a telephonic call to Sailab Mehsud, FRC field researcher for South Waziristan claimed responsibility for the IED attack on security forces in Tiarazai area.

“Our fighters killed 12 personal of FC (Frontier Core) and injured 8 others in an IED attack in Tiarazai area”, said Azam Tariq.

“Our fighters have also brought three heads of the killed soldiers with them”, added Azam Tariq.

Meanwhile, Maqbool Dawar, a senior commander of Majlis-e-Askari, a splinter group of TTP, claimed responsibility for an IED attack on security check-post in Dray Nashstar area of North Waziristan Agency in which five personals of FC (Frontier Core) were killed.

However, according to ISPR, no casualties were reported in the IED attack on security check-post in North Waziristan Agency.

The claims of Tehreek-i-Taliban and ISPR could be verified via independent sources as the area is closed for media person due to the ongoing military operation against militant since mid-June 2014.