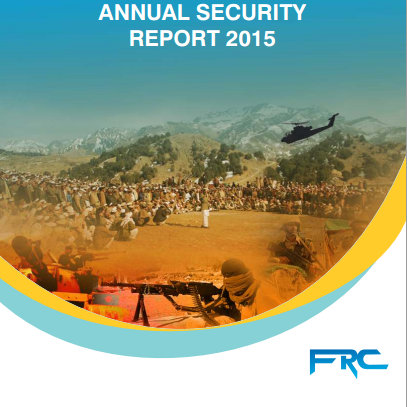 Although a nose dive in militancy incidents was witnessed during the year 2015 yet the challenge to eradicate militancy and extremism are huge and manifold. Pakistan remain vulnerable to terrorist attacks in 2016 due to ISIS’ emergence and its expansion in the Pak-Afghan region; growing rifts and divisions among Afghan Taliban; proxy war between Pakistan on the one hand and India and Afghanistan on the other. The role of Afghan government in facilitating Pakistani Taliban in regrouping and re-establishing their networks may trigger a massive wave of terrorist attacks in Pakistan in the near future. Therefore, it is imperative for both the governments of Pakistan and Afghanistan to co-ordinate and collaborate with each other to abridge the long standing trust deficit between the two countries and also initiate sincere and effective sharing of intelligence information and better border coordination for they are pre-requisite for resolving the decades long turmoil which has brought havoc to entire region. In this regard the release of Mullah Baradar is a positive move which can contribute not only in abridging the rifts among Afghan Taliban but will also help in reviving the peace process between Afghan government and Afghan Taliban.