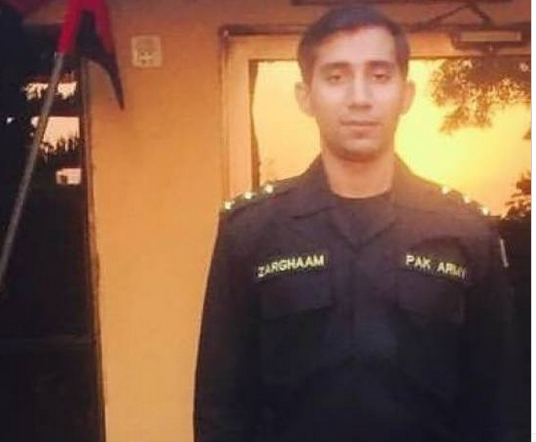 Ghallania: According to The Inter-Services Public Relations (ISPR) in a statement Captain Zarghaam Fareed embraced martyrdom while neutralising an IED detected at Mohmand Gat in Mohmand District of the former FATA. Sepoy Rehan of BD team got critically injured. 25 years old Capt Zarghaam was unmarried and belonged to Sargodha. The incident took place in the Safi area of Mohmand district. Dawn , The Express Tribune , Radio TNN

Miramshah: Three soldiers were wounded in a roadside blast in the Garyom area of North Waziristan. The personnel were patrolling the area when a remote controlled device exploded, causing injuries to Qasim, Amjad and Zaheer. Dawn

Quetta: Inspector General of Frontier Corps Balochistan during a meeting of Senate Standing Committee said that there is no presence of Islamic State of Khoransan in Balochistan Province. The Express Tribune

LAHORE: The Asian Development Bank has approved a loan of $200 million for launching the first phase of the Punjab Intermediate Cities Improvement Investment Programme (PICIIP). Dawn

BEIJING: Chinese Foreign Ministry issued a joint statement which said that China will continue to provide assistance and support to Pakistan’s economic and social development in accordance with the needs of the Pakistani side and through mutual agreement. The Ministry announced that Prime Minister Imran Khan’s visit to China is a success and the two sides made remarkable achievements. The News, The Express Tribune

Islamabad: Advisor to Prime Minster said that Pakistan has managed to secure 1 billion $ duty free market access into China which will double Pakistan’s export in one year. The Express Tribune