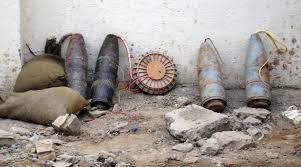 The incident left the school in ruins but caused no casualties.

No militant group has claimed responsibility for the attack, so far.

This attack is the second of its kind to have occurred in South Waziristan Agency during the Year 2016. Earlier, in February 2016, militants belonging to Khan Said group of South Waziristan (Mahsud Taliban) attacked a girls’ school, destroying three out of five classrooms.

While claiming responsibility for the incident, the Taliban spokesman openly expressed bias against the administration as well as female education.

Since January 2016, Hakimullah group, Khan Said group, and Wazir Taliban have escalated their activities in the said Agency.