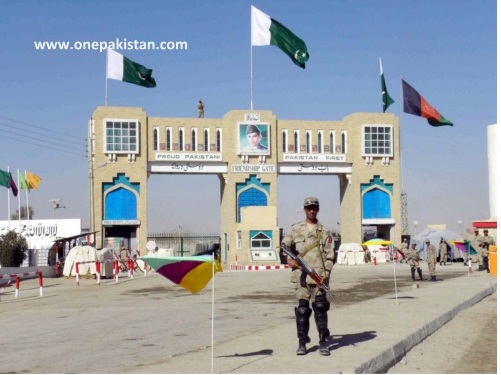 LANDIKOTAL September20:Twelve Pakistani citizens were deported by the Afghan border officials on the Torkham border the other day expressed harsh disapproval over the mal-treatment of the Afghan jail and other officials during their stay in Afghanistan jails.

The freed from Afgan Jail Pakistani’s were of the opinion that they had been put in jails for languishing many years punishment without any proof against them. “Now we fear to suffer in Landikotal jail”, the prisoner opined.

The local administration said the deported persons would be set free after due interrogation. APA Landikotal Khalid Mumtaz Kundi remarked on another case that it was not possible to set free someone or convict any suspect in twenty four hours. Any such delay was neither a violation of the reforms in FCR nor of the civil power regulations, he added.

Talking to media persons after his release from the Landikotal lock up on Wednesday one deportee Sajid Afghan, 33 resident of Dir said, “in 2007 the Afghan officials arrested me from Kunar, district of Nangarhar province on suspicion of being Pakistan intelligence agent while I was there for the business purposes”. He added, “They shifted me to different interrogation centers and lastly awarded me ten years imprisonment”.

Another deportee, Mohammad Rafiq said hailing from Wahid Gari, Charsada road, narrated his story, “The Afghan security personnel dropped me down from the truck at one of the check posts when I was in Afghanistan as conductor of the loaded vehicle. On pretext of having my father’s service card in my pocket, they put me behind the bars in Kabul state jail for a month”, he regretted.

Similarly Mohammad Amin of Mardan, Miannoor from Dir lower and Naseer of Gandaw, Mohamand agency recounted the same stories of atrocities done to them by the Afghan officials.

The relatives of the deported Pakistanis’’ expressed annoyance over the inhuman acts of the Afghan officials with Pakistan detainees and asked the government to take up the matter with Afghanistan government to refrain from such atrocities done to Pakistani nationals.

A local person, who was also among the deportees, narrated with tears in his eyes that the Afghan government and security forces had put behind the bars so many Pakistani nationals in various jails of Kabul and Jalal Abad but the Pakistani embassy officials or Foreign Ministry were reluctant to take up the issue of the innocent Pakistani prisoners with the Afghan foreign and interior ministries to set them free despite the fact the many prisoners and their relatives had dispatched letters to the embassy in this connection.