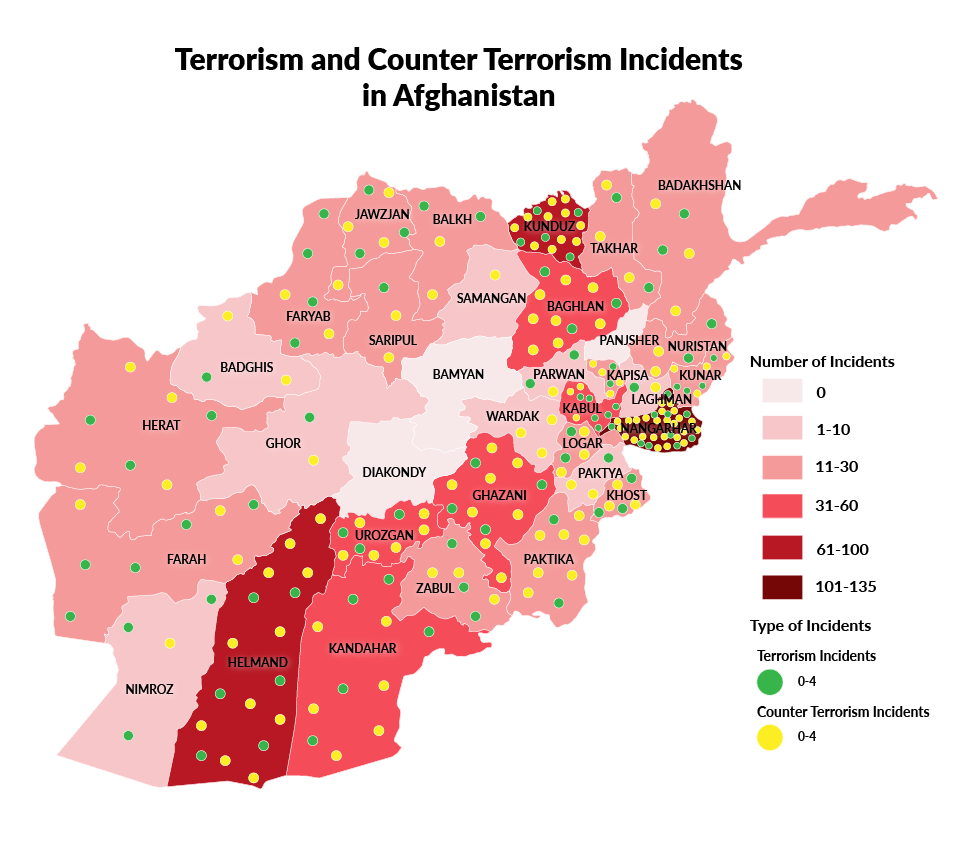 The security situation in Afghanistan presented a bleak picture during the first half – January to June 2016. The insurgent groups expedited their violent campaign to topple the western backed coalition government of Afghanistan. As a consequence of fierce armed clashes between rival groups among Afghan Taliban, the onset of spring offense by Afghan Taliban under Mullah Haibatullah Akhunzada and the growing presence and operational capacity Islamic State of Khurasan (ISK) militants has significantly engendered insecurity across the country. Civilian death toll has shot up, and the Afghan security forces are taking huge numbers of casualties, which are a potential setback for the Afghan Establishment.