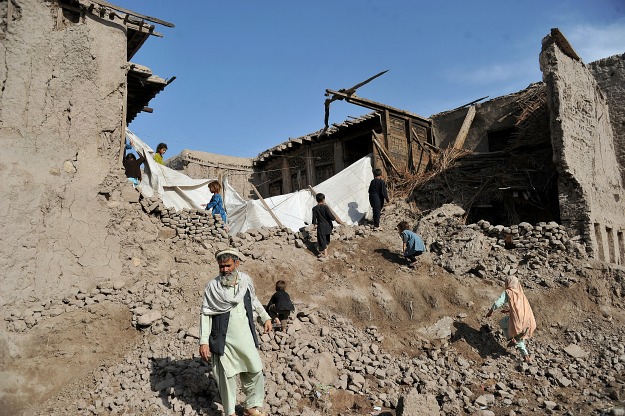 Houses Of Suspected Militants Set on Fire in Bajaur

BAJAUR AGENCY, July 30: Political Administration of Bajaur Agency has set on fire houses of three suspected militants in Kamar area of Mamond Tehsil here on Tuesday, FRC learnt.
According to the official sources personnel of Bajaur levies force and volunteers of Mamond Qumi Lashkar destroyed houses, in a joint operation, of three suspected militants that could be involved in July 17 attacks in which a vehicle of security forces in Kamar area was attacked in which two personnel of security forces were killed and four others were wounded.
Officials told that at least one hundred tribesmen including several suspected militants have been arrested as volunteers of Mamond peace committee and Bajaur levies force continued their search operations in various parts of the area.
“These tribesmen have been arrested under the collective responsibility clause of FCR”, the official said.
Mean while elders of Mamond tribe and volunteers of Mamond peace committee have announced to launch massive crackdown against the miscreants in the area and vowed to fight along with the administration and security forces.
This decision was taken at a jirga of Mamond tribe with the officials of local administration here at Khar which was attended by large number of tribesmen and elders of Mamond tribe while senior officials of the administration was also present on the occasion.
The tribal elders extended full support to the administration for maintaining peace and writ of the government in the region and vowed to continue fight against miscreants and anti social elements in their areas.
The political administration advised the tribesmen to keep close vigilance on the movement of suspected elements to avoid any untoward happening in the area.
The jirga, however, demanded off the political administration to immediately lift the imposed curfew in the area that continued for the last several days.