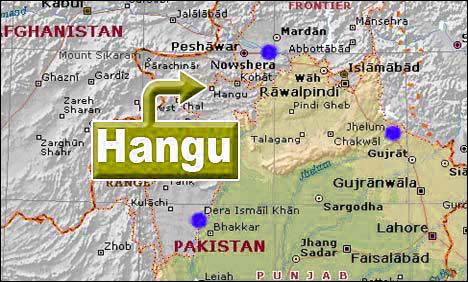 As per details provided by political administration officials, Political Agent Kurram Agency, Riaz Mesud, along with his staff members including Assistant Political Agents Fazle Qadir and Naeem Toru and Political Tehsildar Akbar were travelling in official car to Kurram Agency from Peshawar when it was hit by an IED explosion around 12pm.

Security forces took the injured to the Combined Military Hospital in Hangu where they were said to be out of danger.

“With the grace of Almighty we all are stable and out of danger”, said Mr. Mehsud while talking to FRC at Hospital.

The injured Political Agent showed his determination by defeating terrorists in the area at every cost. “Such acts of terrorism can’t break our resolution in eliminating militancy from the agency and we will put more efforts in this respect”, added Mr. Mehsud.

According to the officials of political administration Kurram Agency it was an improvised explosion in which around 15 kilogram explosive materials were used.

Soon after the incident security forces rushed to the spot and started search operation in the area in which according to last reports twenty-one suspects were taken into custody.

Few years back Political Agent Kurram Agency, Arshad Majeed Momand, was attacked in the same locality however he had escape unhurt.