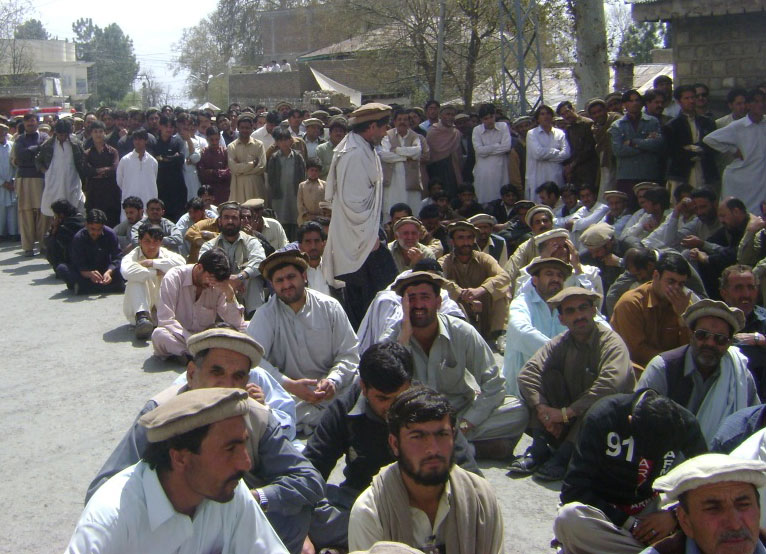 PARACHINAR, Sep 14: Imamia Organization and Imamia Students’ Federation staged a joint protest on Thursday against the suicide attack that killed 14 persons in Kashmir Bazar area of Parachinar on 11th of this month.

Protesters waved play cards and banners inscribed with slogans against the authorities and blocked the road near press club while chanting slogans to blame authorities against poor law and order situation in the agency.

Imamia Organization and Imamia Students’ Federation held a press conference after the demonstration. While talking to participants in the conference President of Imamia Organization Syed Raza Hussain and president of ISO Murtaza Hussain condemned the suicide attack and lamented that security forces also check women even at entrance to the area then how a suicide bomber could creep into so easily, they protested.

On the other hand Sunni and Shiiti community elders staged a joint Jirga to fight against terrorism in Kuram agency. In the joint Jirga leader of Torri Qabail Haji Hamid Hussain and Haji Salim Khan of Bangash tribe said that terrorists had not belonged to any religion rather they were the enemies of Islam; therefore they vowed that Sunni and Shias would jointly fight against them.

Political Agent to Kurram Agency Shahab Ali Shah and Commissioner Kohat Sahibzada M Anees were also present on the juncture. While talking to the gathering PA Shahab Ali Shah said that despite the tight security measures in the area suicide bomber managed to enter the area. He felt sorry over human loss caused by bomb blast and promised that full-proof security measures would be taken to avoid such incident in the future.